Translation Pros was founded in 2016 by Penelope Eades Alvarez.  Relying on a small group of collaborators and a limited number of languages, our close-knit structure enables us to deliver a unique service and an assurance of quality to the highest possible standard. We respond quickly and flexibly to client requests, and provide a bespoke service geared to our clients’ individual terminology and needs. 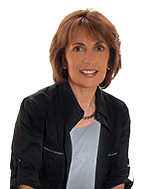 Penelope provides the majority of translation services herself. A certified legal translator, her experience in translating spans more than three decades and her background in international legal and financial affairs place her in a unique position not only as a translator, but as a language consultant and advisor. She has translated and edited several books. In recent years she has become increasingly involved in editing and proof-reading.

Based in Ireland, Penelope has lived in Berlin, Paris and Madrid. She is a former director of broadcasting and translation services at Spanish National Radio’s World Service, (REE) and Delegate-Director of European Radio International, a current affairs broadcasting service operating from Brussels. She lectured at the CEU San Pablo University in Madrid and was manager of multilingual financial and legal services at a trans-European trustee company for several years.

Penelope is the translator of choice for a wide range of public and private enterprises, government departments, international corporations, legal and commercial entities, universities, publishers, film producers, artists and architects. She has translated and edited several books. She has also managed multilingual projects, involving voice-over production and editing. She is a member of the Executive Committee of the Irish Translators and Interpreters Association (ITIA) and a member of the Spanish Association of Translators, Copy-Editors and Interpreters (Asetrad).

She was appointed Spanish Honorary Vice Consul in 2003.

Tell us about your project

Contact us for a free quotation or to discuss your translation requirements. Once we have a clear idea of your potential project, we will send you a quotation within 24 hours. 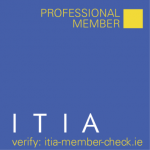 Translation Pros uses cookies to provide you the best browsing experience. Find out more or adjust your settings here.

This website uses cookies so that we can provide you with the best user experience possible. Cookie information is stored in your browser and performs functions such as recognising you when you return to our website and helping our team to understand which sections of the website you find most interesting and useful. Go here to read the full privacy policy.

Essential Cookies should be enabled at all times so that we can save your preferences for cookie settings.

If you disable this cookie, we will not be able to save your preferences. This means that every time you visit this website you will need to enable or disable cookies again.

This website uses Google Analytics to collect anonymous information such as the number of visitors to the site, and the most popular pages.

Please enable Essential Cookies first so that we can save your preferences!

Like many other websites, the Translation Pros website uses cookies. A Cookie is a small file of letters and numbers sent by an organisation which asks permission from your browser to be placed on your hard drive to allow that website to recognise when you visit. We only use this information for statistical analysis purposes. Overall, cookies help us provide you with a better website by enabling us to monitor which pages you find useful and which you do not. A cookie in no way gives us access to your computer or any information about you, other than the data you choose to share with us. They collect statistical data about your browsing actions and patterns and do not identify you as an individual. For example, we use Google Analytics to research user activities on our website in order to enhance its performance and usability. In the course of conducting this research Google places a First Party session ‘cookie’ on your browser and collects aggregate information to enable us to see what people view on the website and for how long. The use of cookies enables us to improve our website, deliver effective marketing and offer a more personalised service. You can choose to accept or decline cookies.

It is possible to switch off cookies by adjusting your browser preferences or using a dedicated browser extension.

To find out more about how to manage cookies through your chosen browser go to allaboutcookies.org